3 years ago Aaron hit rock-bottom, found himself homeless and came to CENS for help. Last week he was back at the shelter, but this time it wasn’t as a resident – he was donating hats, gloves and scarves. 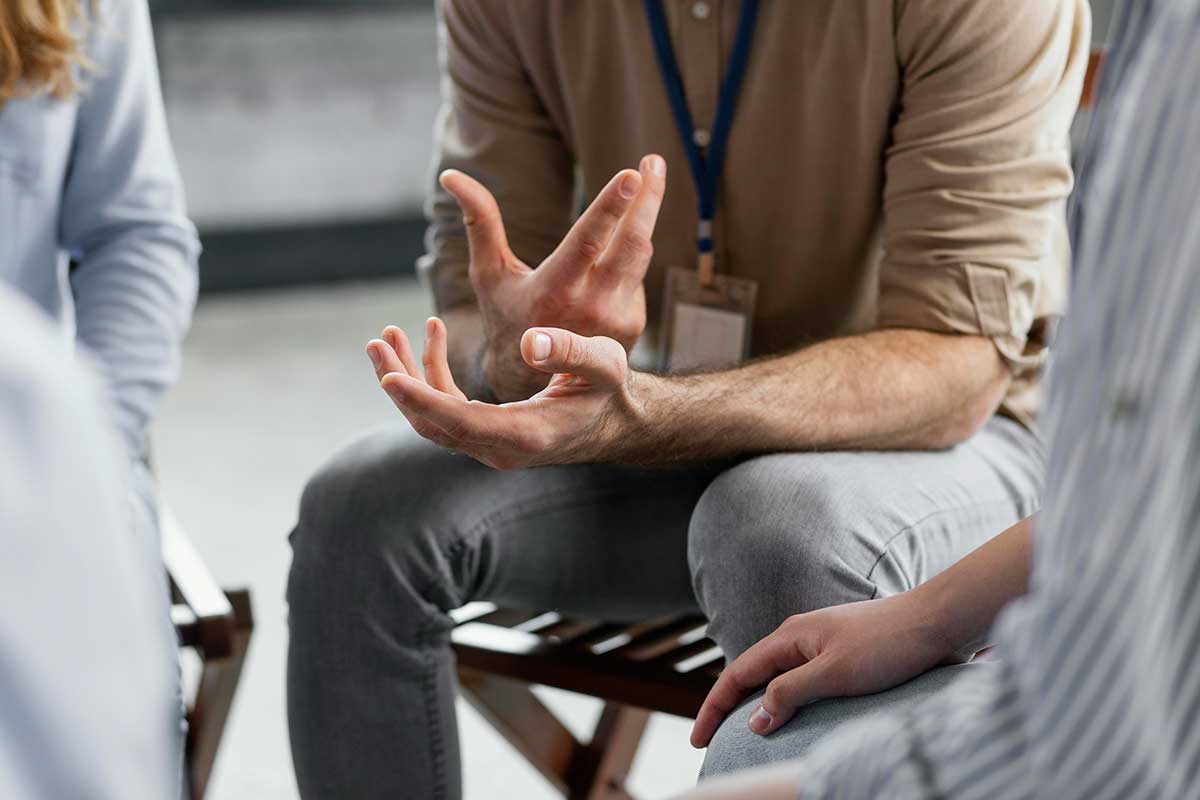 Aaron has never spoken about his experience of being homeless before – it’s a part of his life that he finds hard to open up about, but he wanted to share his story with us now, in the hope that it may help others. Here he talks about the downward spiral that led him to CENS, the help and support he received, the people he met along the way, the lessons he learned and the motivations which helped him find work, a new home and a brighter future.

“Returning to CENS was amazing. I always told myself that, given the opportunity, I’d give something back, and so I’ve decided to talk about my experience because although I went through so much, I came out the other side, stronger, fitter and more self-aware and by telling my story I hope I can help others.”

“You can’t begin to imagine how it feels to be homeless unless you have been there yourself. It’s a part of my life which I find hard to think about. If I don’t think about it, it’s almost as if it never happened, but at the same time, it is grounding to remember and to admit to myself that it did happen. The scary thing is, I never thought I would be homeless.”

“What is so frightening, is how fast everything happened – just how quickly my life took a turn for the worst. It almost came from nowhere. Life was good, I was living in a flat with my cousin, had a great job and was making decent money. I’ve never been great at dealing with my emotions, so when a few things went wrong, I started losing control. I went out drinking and partying too much and then began to miss work, which meant I lost money. That’s when I began gambling – to get extra money.”

“The gambling was my last problem and became my biggest – it was the final thing that added to everything else. It spiralled out of control, affected all my relationships, and controlled me until I had nothing left. I lost my money, my job, my friends and then finally my home. They say that a gambler is never happy until they have nothing left to gamble as only then are they released. Well, I had nothing.”

“My cousin was amazingly supportive and let me stay for as long as he could, but when the tenancy expired, he told me I needed to get help. He was very compassionate and knew that I hadn’t consciously set out to ruin my life, but he couldn’t support me any longer. I wasn’t gambling any more, as I had no means, which was a good thing. However, gambling had been my escape, my crutch, so without it, I was literally left with myself and my thoughts, which was hard.”

“After staying with another friend for a few months, he told me I had to move on. It was at this point, I realised I was running out of options – I was losing my friends, most of those left were young and either lived with their parents or didn’t have the space and I’d got to the point where I didn’t want to keep feeling like a burden. I knew I would always overstay my welcome as I had nowhere else to go.”

“It was then that I randomly googled CENS and from that moment I started to take more control of my life. My timing was perfect, as a space had literally just become available, so my friend drove me over. I was so nervous and couldn’t believe that I was going to a homeless shelter, but once I arrived, it was just a huge relief. Everyone was so welcoming, they asked me lots of questions about my situation and talked me through the rules and what to expect. They told me that it was probably going to be overwhelming, but that if I stuck to the rules, they would do their best to help me.”

“I ate my meal and then went to my room, nervously waited for my roommate to arrive. Although the room was small, I knew that it was my space and that I wasn’t taking advantage of any of my friends, upsetting those I cared about. My friends all called me to check I was OK, and I started to realise that they had always been trying to help me and that they wanted what was best for me. I felt a lot of self-hatred about what I had done and knew I only had myself to blame and that I couldn’t expect other to help me if I couldn’t make the effort to help myself. I knew that I needed to prove to my friends that I could do this.”

“When my roommate arrived, he was a legend. He taught me how to be smart about the situation, to keep warm and occupied during the day, where to go and what to do, to keep me off the streets and safe. We motivated each other and became good friends. He helped me take the right steps straight away. I started getting fit, signed up to a charity football training program and started thinking about moving myself on.”

“CENS offered lots of training programs around budgeting and job applications and they set me up with appointments at the job centre. I spent the next month getting support with my CV, applying for jobs, getting my debts under control, and searching for housing. After 2 months of nothing happening, despite my efforts, I began to feel hopeless again, but those around me were so encouraging and told me not to give up, and then it happened. I decided to enrol on a roofing course and was offered a job.”

“From then on, things improved. I was supported by the shelter for another couple of weeks, then stayed at a friend’s house for a bit, eventually moving into a flat share. I wouldn’t say the transition was seamless – I felt quite lonely at times, being on my own after the structure and stability of the shelter. I had time to think about the trauma of what had happened, and a bit of uncertainty crept in occasionally, but I had learned a lot about myself through the experience and had grown as a person. I knew that I had to take responsibility for my decisions and that if I wanted a positive life, only I could change things.”

“3 years on, I now live with my girlfriend and have a full-time job in sales. I have had counselling and help with my gambling which is now under control. I now take each day as it comes. I used to be quick to blame others for my misfortune, but now accept responsibility for my actions. All my friends and everyone at the shelter wanted me to succeed, I can see that now. The whole way I look at life now has changed – Before I act, I consider the consequences and ask myself is it worth it. Having those conversations with myself is key, as recognising potential problems early is important. I now know how easy it is to slip into homelessness.”

“For many people, homelessness is a taboo subject, people don’t like to talk about it. Even I don’t talk about it. If I told people I had been homeless, they would be shocked – but it really can happen to anyone. I met people in the shelter who had once been very wealthy.”

“I never begged, but I could have. People need to understand how much it takes to get to the point to beg on the streets in a town where people know you – sitting there and asking for money takes far more courage than giving it. The homeless beg because they need to eat – they are hungry and cold – yes, some will buy alcohol, but that doesn’t mean everyone will. There is nothing worse than that feeling of uncertainty – what is going to happen to me tomorrow, how am I going to eat, where will I stay, what can I do with my day to keep warm and dry. People seem scared of homeless people – they just walk around them. That’s the worst thing – they are just human beings. I make a point of talking to homeless people on the streets now.”

“CENS really helped me. I would say to anyone who finds themselves in that situation, just roll with it and do everything you can, take all the help you are offered, make the right choices, as you are controlling the outcome. Even if it takes longer than you hoped, if you are doing everything possible, you can at least say I did my best.”