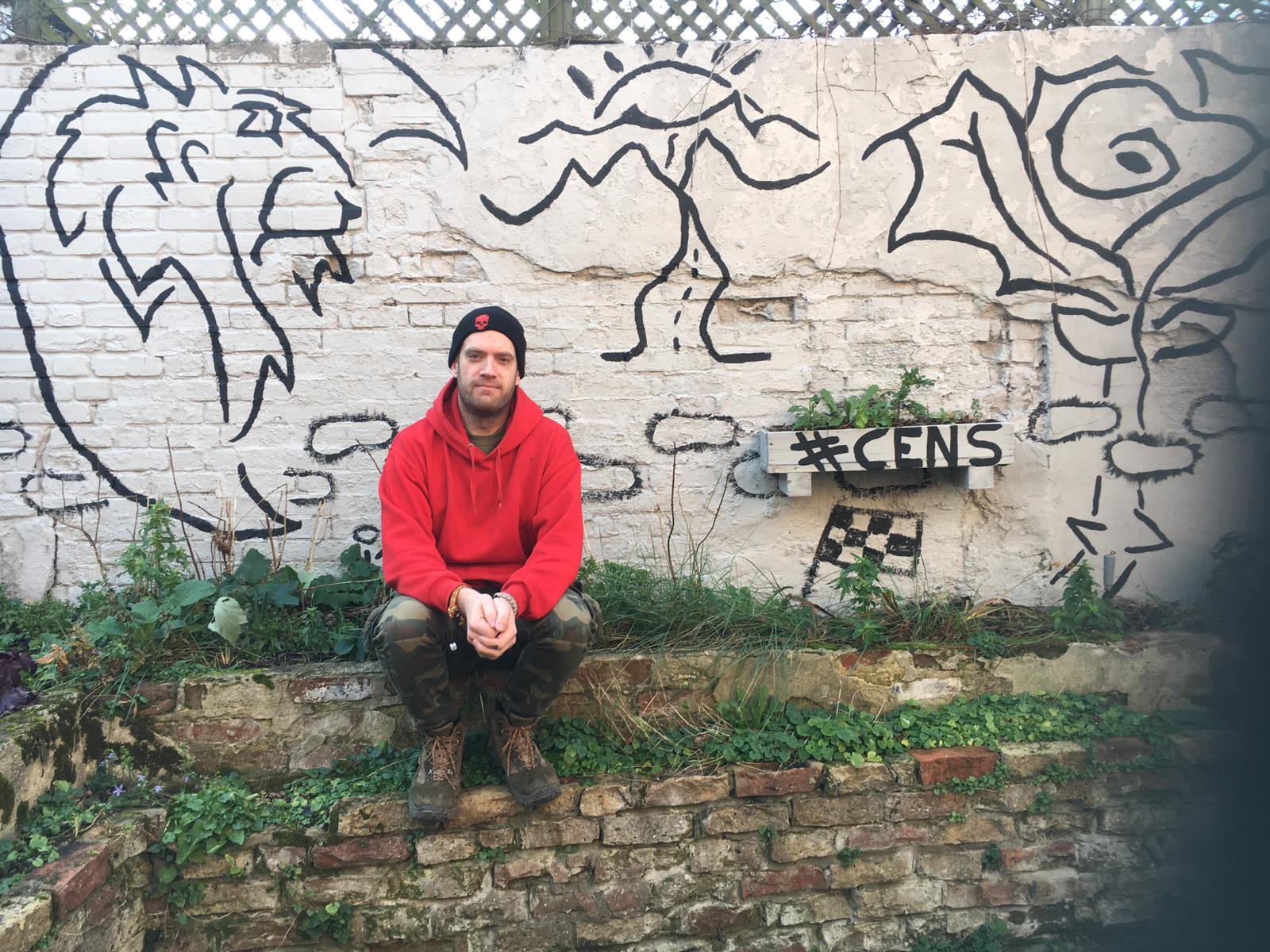 Growing up with domestic violence, spending time in prison and finding himself homeless twice, Adam desperately wanted his life to change. With CENS’ support he now has permanent accommodation and dreams of becoming a youth mentor.

Coming back into CENS brings back a lot of memories for Adam – some good and some not so. He says he wants to share his story to give encouragement to anyone else who finds themselves homeless and without hope.

“Being homeless is horrendous. One day, when I was sleeping in a doorway, I heard a little boy say, ‘look Mummy, there’s a man sleeping there’. That really broke my heart, not only because I was having to go through it, but also that a child saw me like that in what is supposed to be a first-world country.”

“Probation found me the place at CENS and my first night there was surreal. I was scared and lonely. I had been to a homeless shelter before, and it brought back memories – I couldn’t believe I was in the same situation again.”

“It took me a while to settle in, because although I knew it was a safe place, it wasn’t my home. It was only when I realised that the staff were really listening to me and trying to help that I began to feel more comfortable. I remember sitting in CENS’ garden one day thinking that the back wall could do with a lick of paint and I was so pleased that the staff let me paint it. I created a memorial to symbolise the hope that CENS gives to the residents.”

“CENS registered me with various housing associations and that’s how I ended up moving on from there. Waiting for a place to become available was hard because there was a lot of uncertainty and I wanted to plan for the future.”

“In one way, I felt relief the day I left CENS – if I wanted to run around in just my socks I could! On the other hand, it was emotional, as I had been through so much in the three months I was there. The staff and other residents had come to mean a lot to me.”

“I now have secure accommodation in a house share, am currently on a 6-week training course in groundworks and am soon starting an NVQ in horticulture. I also go to Wellies On (www.wellieson.com), which is a farm where you can just be with animals, which I really enjoy. I now have help from a mental health service, so I’ve finally got the network of support I have needed for a long time.”

“I was in the job centre recently and a youth worker position came up which I’ve applied for. I’ve always been told I am good with youngsters, and I would like to work with young men, to give them something I never had. I needed someone to fight my corner when I was young and that’s what I’d like to do for someone else.”

“CENS was like the fourth leg of a table I really needed. It was a firm but gentle hand that has helped me get to where I am now. I would say the best advice I can give anyone who is in same position as I was in, is to let someone in. When you’re in a state of despair and going through your darkest days, a kind voice can make all the difference. You should never be too proud to ask for help.”