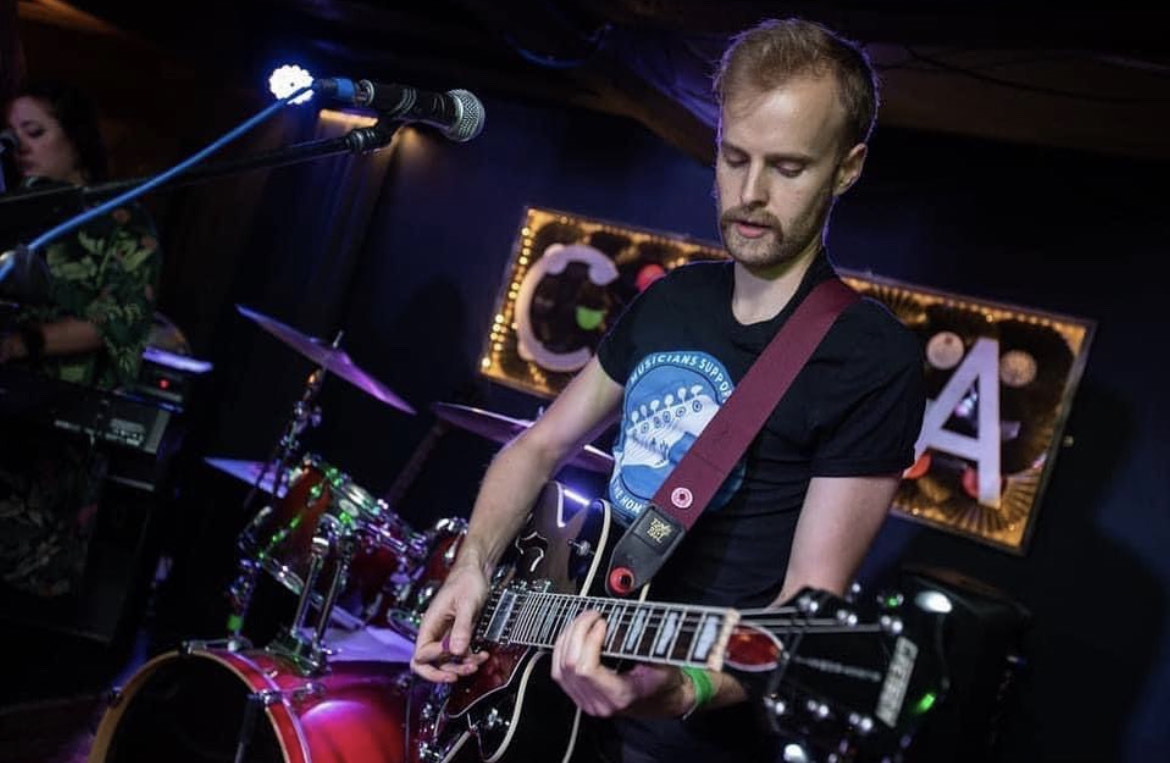 Always having had a passion for music, Danny Hiles came up with the idea of staging live music events to raise money in support of the homeless, and in 2016 the charity Musicians Supporting the Homeless was formed.

Since then, he has put on countless gigs, with a huge variety of artists in venues across Essex and has donated thousands of pounds to homeless charities and causes, including us here at CENS. His dedication, commitment and energy, along with huge support from the local music industry have enabled him to support many local homeless causes and raise awareness of the issues homeless people face. Here’s how it all started and where you can check out their forthcoming gigs.

Where did it all start?

Danny himself was registered homeless when he encountered health issues after the breakdown of a relationship, and he suddenly found himself in a situation where he had nowhere to live. He was lucky enough to be offered a room at a friend’s house until he could support himself, but this experience made him more passionate than ever about the issues causing homelessness, with the realisation that it really could happen to anyone. “If you don’t have that support network of family and friends, then homelessness really can be only a few steps away”.

He came up with the idea of Musicians Supporting the Homeless in 2016, combining 2 of his passions – music and homeless causes, as a way of raising much-needed funds. “It’s a collaboration between the bands, the venues and the awesome people of Essex and Colchester which have made it such a success,” says Danny. “We have had a huge support from the Essex music scene with venues such as Coda and Three Wise Monkeys, donating their spaces for free. We couldn’t do any of this without the support of the musicians and venues”.

The line-up of musicians is impressive, with acts including Monster Florence, Polly Haynes, Lamplight Club, Jane Tomsett, Fraser Morgan, Chopper IV, She’s In Parties, Rad Pitt, Ghost of Men and Denial Twist, to name but a few. Not only that, but Carlana Marketing design their posters and Joli Studios help out with their filming, all for free.

Money is raised from ticket sales, and although Covid was a tricky time, with gigs being cancelled, Danny did manage to set up live music streams to get some donations coming in, and before Christmas they donated £1,235 to various homeless charities, along with food, clothes and toiletries. He has also produced their very first CD which you can check out here: https://www.igiveyougive.org/Gift/94/musicians-supporting-the-homeless/musicians-supporting-the-homeless

Dates for your diary

This year the live music is back and Danny already has 5 gigs planned, so check out these forthcoming dates and come along. Not only will you have a great night, but you will be supporting a fantastic cause too.

12th March, Foresters Arms – gig to celebrate International Women’s day with an all-female lineup at this female-owned venue, in support of Next Chapter, women’s refuge.

1st May, Coda – Bank Holiday Bonanza, featuring Line Up, She’s in Parties, Pure Trash, This Boys Fire and much more.