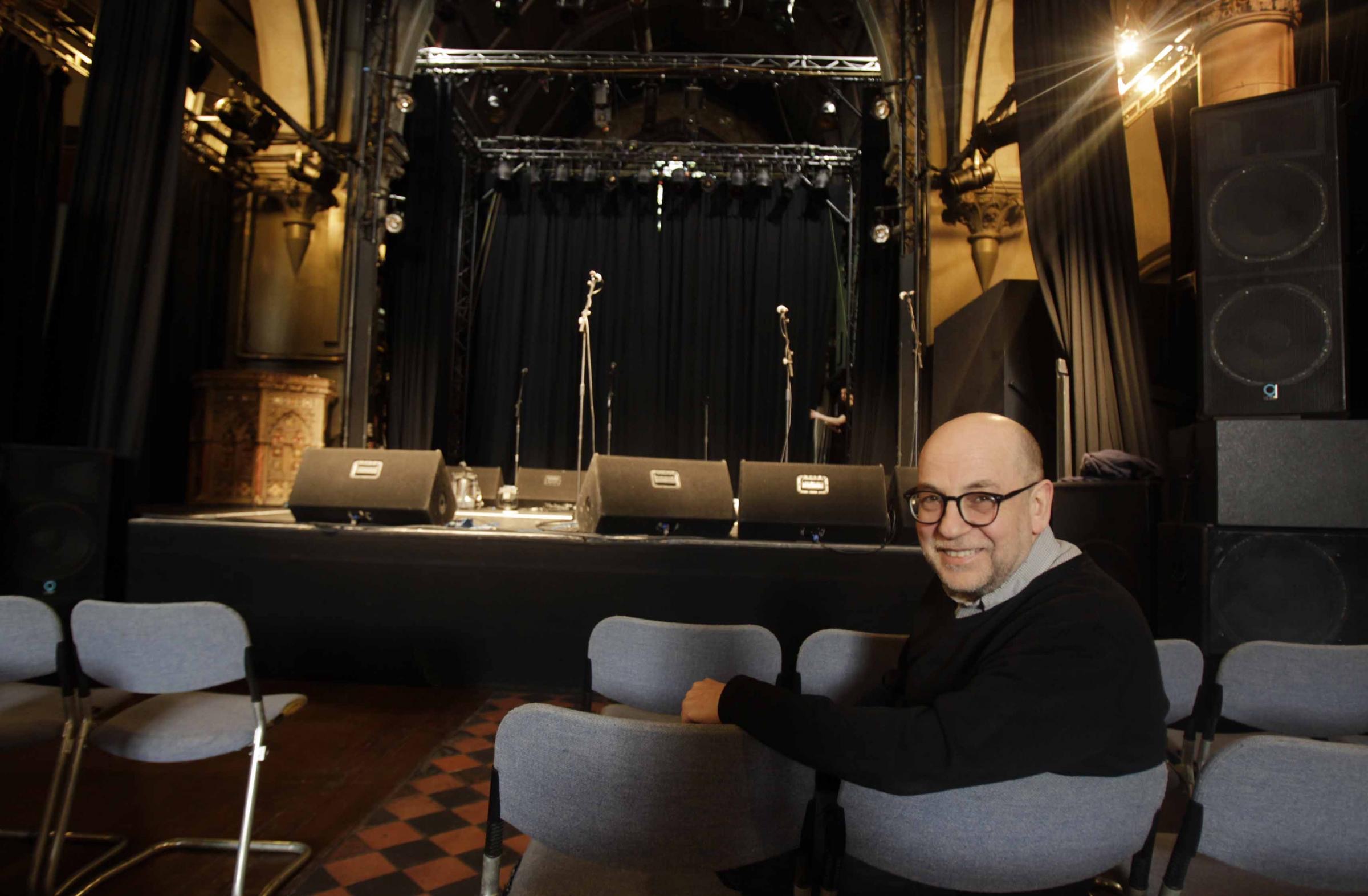 World Theatre Day 2022 is all about celebrating theatre and recognising its significance and value to the community. So we wanted to put the spotlight on one of CENS’s biggest supporters, Colchester Arts Centre.

We have a great affinity with the Colchester Arts Centre. Just like us, they are a charity which has been operating for over 30 years, playing an integral role within Colchester’s community.

With a packed programme of events, The Colchester Arts Centre showcase the newest talents across a wide spectrum of the arts including music, theatre, dance and comedy. Every penny raised goes towards improving, expanding and developing their offering.

We were delighted when Colchester Arts Centre decided to raise money for CENS, by putting on a show-stopping performance of Charles Dickens, A Christmas Carol. This takes place around Christmas time every year. Director, Anthony Roberts, explained why they chose to support CENS and why Dickens’s festive story was the perfect fit.

“The story, first published in 1843, is a secular tale of morality, with a resonance and relevance even today. A beautiful and compelling story about an elderly miser who goes through a transformation to become a kinder and more gentle person. It explores relationships and demonstrates why we need to look after eachother.” says Anthony.

Dickens was inspired when he visited the Ragged School, an establishment for London’s street children, and by a trip to the Cornish tin mines where he was angered by the suffering of the child labourers. The treatment of the poor is a key theme throughout A Christmas Carol.

Anthony says, “Dickens himself experienced financial hardship throughout his early life and it was his difficult relationship with money at the time, which made him write the novel. Scrooge’s distorted view of money is the focus, and the act of ‘giving’ is a central theme throughout. The idea of raising money at Christmas to help those in need, by putting on a show reflecting that theme made total sense.”

Anthony himself stars in the performance, and In 2020 he made the brave decision to produce it Covid-style, streaming it live from his living room. It was a huge success, raising a massive £4,500 for CENS. This was despite lighting and digital issues along with various interruptions and even a mid-performance phone call from his mother-in-law, to say how much she was enjoying it!

The Colchester Arts Centre doesn’t just support CENS. They have just hosted 2 performances in aid of the Ukraine Red Cross Appeal, with donations still open online. They also have a number of carbon offset charity partners – working alongside Colchester Ecargo Bikes Delivery Project and Together We Grow.

A huge thank you from us to them. Incredible things really can happen when charities support eachother. You can check out their programme of events here. A Christmas Carol 2022 will be performed on 23rd and 24th December – get it in your diary!